“Effective blockers are unquestionably the keystone of a successful defense.” – Don Shondell 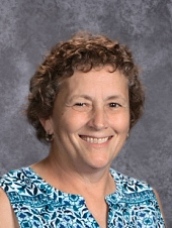 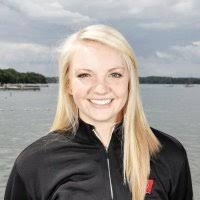 Coach Rhonda Low, former Cathedral girls’ volleyball coach and current boys’ volleyball coach, will be joined by Mary (Ording) Hemer, current varsity assistant coach, will show everything you want to know about blocking.  They will start with basic footwork and hand positioning and progress to advanced swing blocking techniques.

Rhonda Low has been involved in Indiana’s high school sports scene for many years, first as player in the ‘70s then as a coach in high schools in the ‘80s then college coaching then back to high school.  All the while she continued to play women’s and co-ed volleyball at a high level – being the setter for her women’s team in AA division and finishing 5th in the nation.  In boys’ club she has taken many teams to AAU nationals and USAV nationals and has finished as high as 2nd in AAU and 5th in USAV with her boys.

Low was part of the Irish coaching staff in the girls’ program where she served as the Irish’s blocking coach.   During her tenure, Cathedral won 8 state championships (4 state runner-up finishes) and the Irish were named 2015 National Champions with three sources.  She has had several dozens of her blocking protégés go on to play at the collegiate level.

In high school coaching she led her boys program to 9 state championships (5 state runner-up finishes) with her boys’ program at Cathedral in 25 years. Low was named the first ever IBVCA State Coach of the Year recipient. She was coached 9 state tournament MVPs and 3 AVCA High School All-Americans.

Low holds a MS in Health Education from the Indiana State University and continues to work at Cathedral High School where she teaches health, physical education and self-defense.

Low has over 35 years of coaching experience in volleyball, basketball and track since 1983.  She was inducted in the ICGSA Volleyball Hall of Fame in 2014.  More importantly she has beaten ovarian cancer twice since 2015!

Hemer continued on to play for the Wisconsin Badgers, where she was utilized in all 3 positions across the net as a touted blocker. In her final semester of undergrad, Hemer served as a Student Volunteer Coach for the Badgers; an experience that culminated in becoming the 2013 NCAA D1 National Runner-up team.

Hemer holds a BS in Rehabilitation Psychology from the University of Wisconsin, as well as an MS in School Counseling from Butler University. Hemer is married to her college sweetheart, Ethan Hemer, who also competed as a Badger on the UW football team. She now works as a School Counselor at her alma mater, Cathedral High School, where she currently serves as the Assistant Varsity Coach to Rhonda Low’s Cathedral Men’s Volleyball program.

Hemer has over 10 years of coaching experience, serving as both a head coach & as an assistant under some of the most legendary coaches in Indiana’s volleyball history. With experience coaching a wide array of age groups & talent levels, Hemer is absolutely in love with development – pushing players to grow into the best versions of themselves across their lives.