The secrets to a winning program’s success 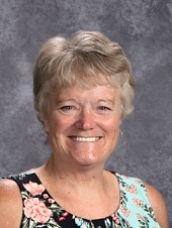 Coach Jean Kesterson, retired volleyball coach at Cathedral High School, will present on two vital topics for any successful program – Leadership and Developing a Quality Staff.  Kesterson shares her secrets on how to create and maintain a successful quality program on any level. She has coached at the high school level for 30 years and the collegiate for 5 years.

The Irish have won 8 state championships, 4 state-runner up and been to the state finals 14 years during Kesterson’s tenure.  She has coached 6 IHSAA Mental Attitude Award winners, 4 Indiana Gatorade Player of the Year honorees, 19 High School All- Americans and 10 Academic All-Americans.

Kesterson has presented at the AVCA National Convention 5 times, as well as dozens of other clinics around the country.  She was on the NCAA Recruiting Task Force committee as the high school representative until her retirement.  She was also a member of the National Federation of High School Hall of Fame Selection Committee, 2011-2015.

Coach Kesterson will be inducted into the AVCA Hall of Fame this December during the AVCA National Convention.